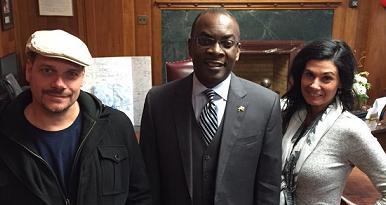 Meeting with the Mayor...

Love Meets Hope to be Featured at the BNFF

Love Meet Hope was also one of the three films at the Festival to be nominated for “Best Picture,”