From a young age Bill Cowell was destined to be a leader, mentored by his Grandfather Charles Martino, one of Niagara Falls first pioneers…

Bill has created and organized many top level events including “The Natural 25th Anniversary”, “American Graffiti 30th anniversary”, The Natural 30th Reunion Documentary, The BNFF “Walk Of Fame Trail Of The Stars and many others.

Bill has single handedly started the rebirth of films and filmmaking in WNY through his conception of several of his independent films and the inauguration of the Buffalo Niagara Film Festival in 2006.

Bill has brought more celebrity guests and film awareness to WNY than any other single individual or group in WNY’s history.

Bill is a creative out of the box thinker, unique, innovative, and ready to test the boundaries of exploration on all levels at any given time, and he is never short of ability or sense of direction.

Rocky Yavicoli is a former Federal Agent and firearms dealer. He graduated from the Federal Law Enforcement Training Center and served as a Federal Agent for the Department of Homeland Security. He also served as an armed guard on an armored truck. He graduated with a Bachelor’s Degree from the American Military University with a Major in Criminal Justice and a Minor in Marketing. Combining law enforcement, acting and scene-break down experience, Rocky brings an experience and knowledge of law enforcement to the screen in a way that is authentic.

Staff Sergeant Timothy Payne enlisted in the US Army October 2002 and went to One Station Unit Training as an Infantry candidate at Ft. Benning, GA. After completing Infantry School, Airborne School, he proceeded to the 82nd Airborne Division as his initial duty station.

After 2 deployments to Iraq with the 82nd, SSG Payne was selected for recruiting, and assigned to Syracuse Recruiting Battalion, NY. While assigned to recruiting he was among the top 10% of all recruiters in New York thus receiving the coveted Gold Recruiter Ring, and subsequently was meritoriously promoted to Staff Sergeant. After recruiting, SSG Payne attended SFAS (Special Forces Assessment and Selection Course) while assigned to the 173rd Airborne Division. Unfortunately, he was injured as a result of training and reassigned to the Southern European Task Force working personnel recovery for the United States Army Africa Command. During this assignment he was selected to Army Civil Affairs, but consequently reassigned to the 10th Mountain Infantry Division, 1-32 Infantry, the “Chosin” Battalion. It was this assignment that deployed SSG Payne to Regional Command, Southern Afghanistan in 2011.

On July 3rd, 2011, just four months into his deployment, his unit was combat ineffective. All squads except SSG Payne’s had sustained significant casualties. On patrol, his squad was tasked to clear out some dead space, and that is when his unit was attacked with an IED. This attack left SSG Payne severely wounded, resulting in the loss of both his legs, and severely damaging his left arm. As a result of the attack SSG Payne received approximately 120 surgeries, 100 blood transfusions, and a shattered mind.

These injuries took Timothy to a dark place, but as he struggled to regain his foothold in life he remembered as lesson learned as a Private. Using the Army values L.D.R.S.H.I.P. as a guiding light, he propelled himself to change, reanimate, and become reborn. From battling extreme addictions to prescription medications, severe depression, and bouts with suicidal thoughts, Timothy has found his faith in God and confidence in his values. Now, years after his injury and retired, he writes his story, shares it with the world, competes in Olympic setting events, wounded warrior competitions, and is a longtime advocate of film and television.

Alex is a Filmmaker, Journalist, Producer, and Distributor. He has acted as film and tv distributor and acquisitions director, who has generated big numbers for buyers and sellers during first rights of acclaimed films before being purchased by larger companies. His acquisition, distribution and production has generated millions of dollars for the US and International markets during a span of two and a half decades. He has been part of one of the last James Gandolfini movies titled “Down the Shore” (aka Kiddie Ride) acting as consulting producer and distributor. And has brought independent American cinema to all Latin America and Europe, and also bringing Foreign cinema for exhibition and television sales. His talent for film and television acquisitions has brought notorious success to his clients worldwide. 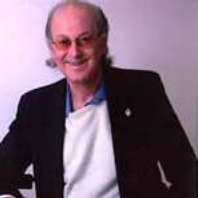 Dick Delson has extensive public relations, advertising, promotional and marketing experience and expertise. He has written for film, television, radio and the press. In 2003, he was one of only three recipients of the prestigious Golden Satellite Award from the International Press Academy for Outstanding Service to the Entertainment Industry. Delson has been involved in high level policy and project planning and execution for entities such as Walt Disney Productions, Filmways Pictures, MCA, Inc./Universal Pictures and the Executive Branch of the Federal Government, Puerto Rico’s Industrial and Tourism program “Operation Bootstrap,” and the Jamaica, West Indies Industrial Development Corporation.

In addition, Delson has provided publicity for the People’s Choice Awards and strategized numerous Oscar & Golden Globe campaigns. And represented such films as “American Graffiti”, “Jaws 1 & 2”, “Chicago”, “Goodfellas”, “Kill Bill 1 & 2”, “The Lord of the Rings”, and hundreds more.

Delson has been a major part of the Academy Award campaign PR team for Miramax Films from 1998 through 2003. During that 5-year period Miramax had been represented with 11 successive Best Picture Academy Award nominations, winning three Best Picture Oscars for “Chicago,” “Shakespeare in Love” and “The English Patient.”

Delson has supervised the press activities of hundreds of major motion pictures, independent films, television series and specials involving campaigns for Oscars & Golden Globes in the Academy Award competitions of the Academy of Motion Picture Arts & Sciences and the Hollywood Foreign Press Association. He has also handled corporate financial publicity, public relations for MCA, sports marketing, public relations and publicity for health issues, book authors and professional athletes as well as motion picture personalities such as Sylvester Stallone, James Coburn, Michael Constantine and numerous others. He has been involved in hundreds of campaigns for the Directors Guild of America Awards, the Writers Guild of America Awards, Producers Guild Awards, Casting Society Awards, Screen Actors Guild Awards, Art Directors Guild Awards, British Academy of Film & Television Awards and Independent Film Awards.
To date, Delson has been credited with the success of over 290 Academy Award Nominations and over 90 Wins. 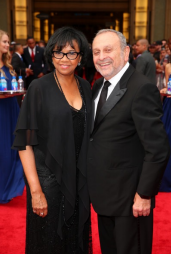 Isaacs was recruited in 1984 by the CEO of David Shapiro and Associates Talent Agency to head the agency’s Literary Department. Isaacs responsibilities included tracking and signing new clients, selling and negotiating client deals.

In the late 80’s Isaacs co-created the TV holiday perennial “It Nearly Wasn’t Christmas”, co-wrote Touchstones “Gross Anatomy” and served as special consultant to the producers on “Beyond The Stars”

Isaacs founded 100% Entertainment, Inc. in 1998. In 2013 Isaacs and 100% Entertainment produced the award winning documentary “Tough Ain’t Enough: Conversations With Albert S. Ruddy”. The success of “Tough Isn’t Enough inspired Isaacs to create The Film History Preservation Project, a documentary series designed to showcase award-winning producers sharing their intimate oral histories of the trials, tribulations, heartbreak and joy in bringing some of the most iconic and memorable motion pictures to the screen.

Isaacs continues to write and produce high-profile film projects. And is also the husband of the lovely Cheryl Boone Isaacs, who is currently the President of (AMPAS) Academy of Motion Picture Arts & Sciences. 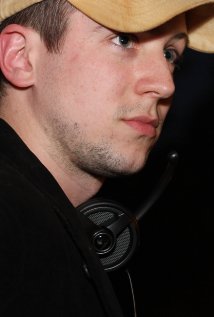 Rob Imbs has been dabbling in film and video since he was a young boy. As a teenager he shot video with a VHS camcorder and edited together short films using 2 VCR’s. While in college Rob produced and directed a television news journal titled “ACTION NEWS”, the show aired regularly on the campus television network. Since college Rob has written, produced, directed and edited many feature length films. He currently resides in Buffalo NY. 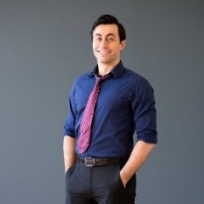 Dominic Luongo spends entirely too much time on the Internet. Typically he can be found positioned in front of the computer for days on end, laughing at silly cat videos, baffling himself with articles on quantum mechanics, and generally not doing anything terribly constructive. Usually this nonsense will continue on uninterrupted, until Dominic steps away to procure another cup of coffee, of which he drinks in absurd amounts. When he’s not in front of his computer he can be found overanalyzing movies, having turgid discussions about categorical imperatives, or running Queen City Escape Room with his partner Sara. 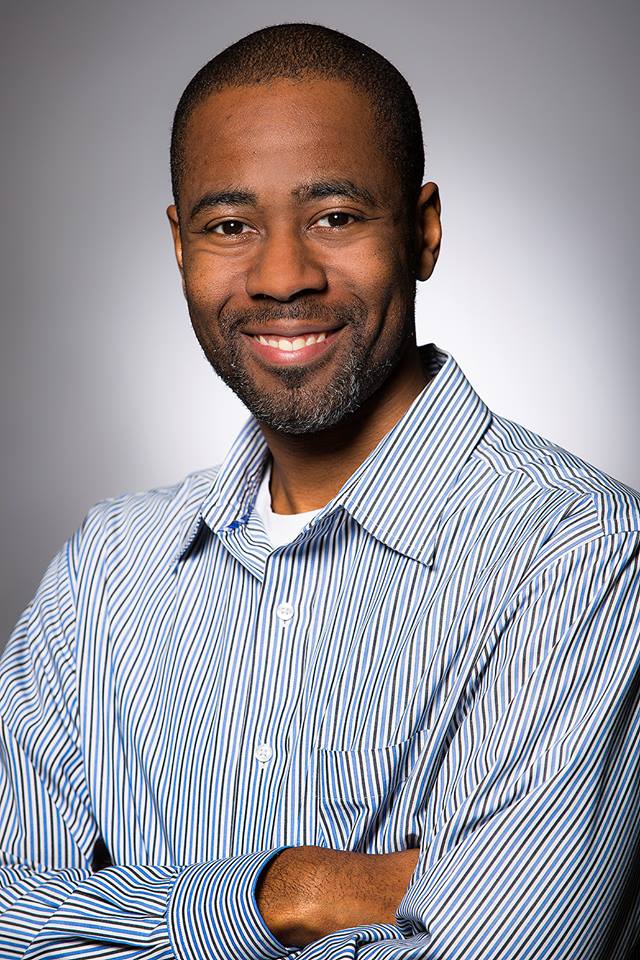 Charles Quinniey was born and raised in Buffalo, NY where he found his love of animation every week watching Saturday Morning Cartoons. He attended Hutch Tech High School and later graduated from Morehouse College in Atlanta, Georgia with a B.A. in Economics. Upon returning to Buffalo, New York and eating several bowls of cereal while watching Saturday morning cartoons, he realized that he should pursue a career in animation and moved to Toronto, Ontario. Two years later Charles had completed the animation program at the International Academy of Design and was employed by Buffalo’s local ABC affiliate, WKBW Channel 7 as a Production Engineer and Broadcast News Graphics Animator. During his time at Channel 7, Charles joined the committee of the (501) c 3 not for profit, Western New York Minority Media Professionals. As a WNYMMP mentor he shared his love of animation and media by training grade school, high school, college students, and adults in television production. Currently Charles is the ASIFA-Atalnta Public Relations Specialist. He is also pursuing his MFA in Animation at the Savannah College of Art and Design (Atlanta) and continues to eat bowls of cereal while watching cartoons on television, Netflix, Hulu, Youtube, and other professional streaming websites. 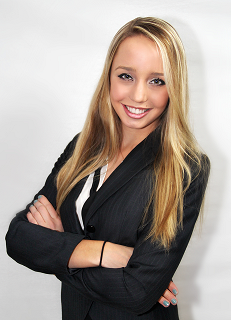 Graphic designer for the program, event board and posters, and Videography and Photography assistance during the festival.
Congratulations to everyone involved on the 10th Anniversary of the Festival.
It is an honor to work at this prestigious event that brings together film makers, celebrities and actors from all over the country. 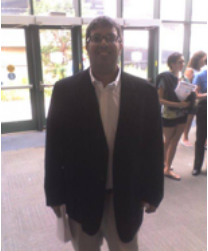