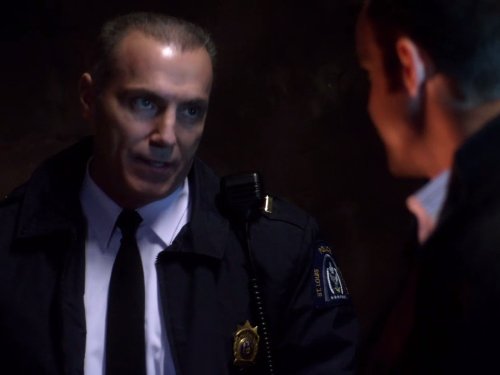 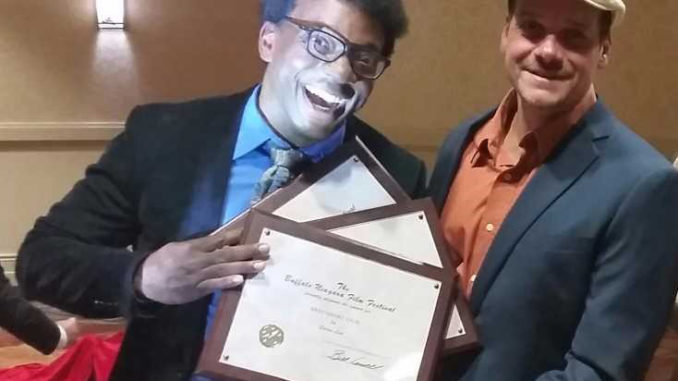 Article By: By Teresa Reile (Artvoice.com) – Link To Article http://artvoice.com/2017/10/06/swing-low-big-winner-buffalo-niagara-film-festival/#.WednDVuPKUk

Detroit filmmaker, Phil Elam, a gregarious young man arrived in Niagara Falls for the awards ceremony of the Buffalo Niagara Film Festival after a harrowing trip in which he arrived at the Canadian border only to realize he had forgotten his passport.  Undaunted, he turned around, went back to Detroit, got his passport and came back just in time to attend the ceremony.

I had the pleasure of meeting Phil, who graciously offered to pay for my beverage when the server told me that they didn’t accept debit cards.  That was the icebreaker in which I learned of his plight at the border.

It was also there that I learned of the film he entered into the BNFF.  The short film entitled, “SWING LOW”, chronicles a slave owner and his most productive slave through the trials and tribulations of being both a slave and a slave owner.  Without giving away the story, it has an unexpected plot twist which keeps you guessing while watching the well directed and well acted scenes. The film lends itself well to a sequel or an episodic series.

Phil told me of his friend and Director of “Swing Low”, Marvin Towns Jr. who cut his chops in the film industry as a production assistant on the hit film The Blues Brothers. Elam was excited and hopeful that the film might win an award.

Excitement turned to astonishment as Phil learned that “SWING LOW” won the big three awards of the evening with Best Director, Best Actor in a leading role and Best Short Film.

“If I came to Niagara Falls and saw just the Falls and attended the event I would have been happy. But to win is the icing on the cake.  To win THIS big like having the icing and the whole cake too!  I’m Ecstatic! I wanted to run and call Marvin Towns Jr. right away and tell him that he won Best Director, but I had to wait.  It was torture.  I knew exactly what he would say and when I told him, he said it (exuberantly)…but I can’t say it in public”!

Elam’s up front, in your face exuberance at winning made it a pleasure to be in the audience watching him collect his awards, but even more, made one want to go see the film.

“SWING LOW” is Elam’s debut movie-making effort and the trailer is being shown in front of America’s #1 movie, “IT” at the Emagine Theater in Detroit.  This bodes well for his movie making prowess.

Phil credits Bill Cowell, Director of the BNFF, for making “SWING LOW” an Official Selection in prestigious festival and to Joseph Kissel, filmmaker, journalist and editor of Niagara News Source, for championing the merit of the film and its message.