Notice: Trying to get property of non-object in /home/sjn5zp03t5dk/public_html/wp-content/themes/filmmaker/single-film.php on line 24 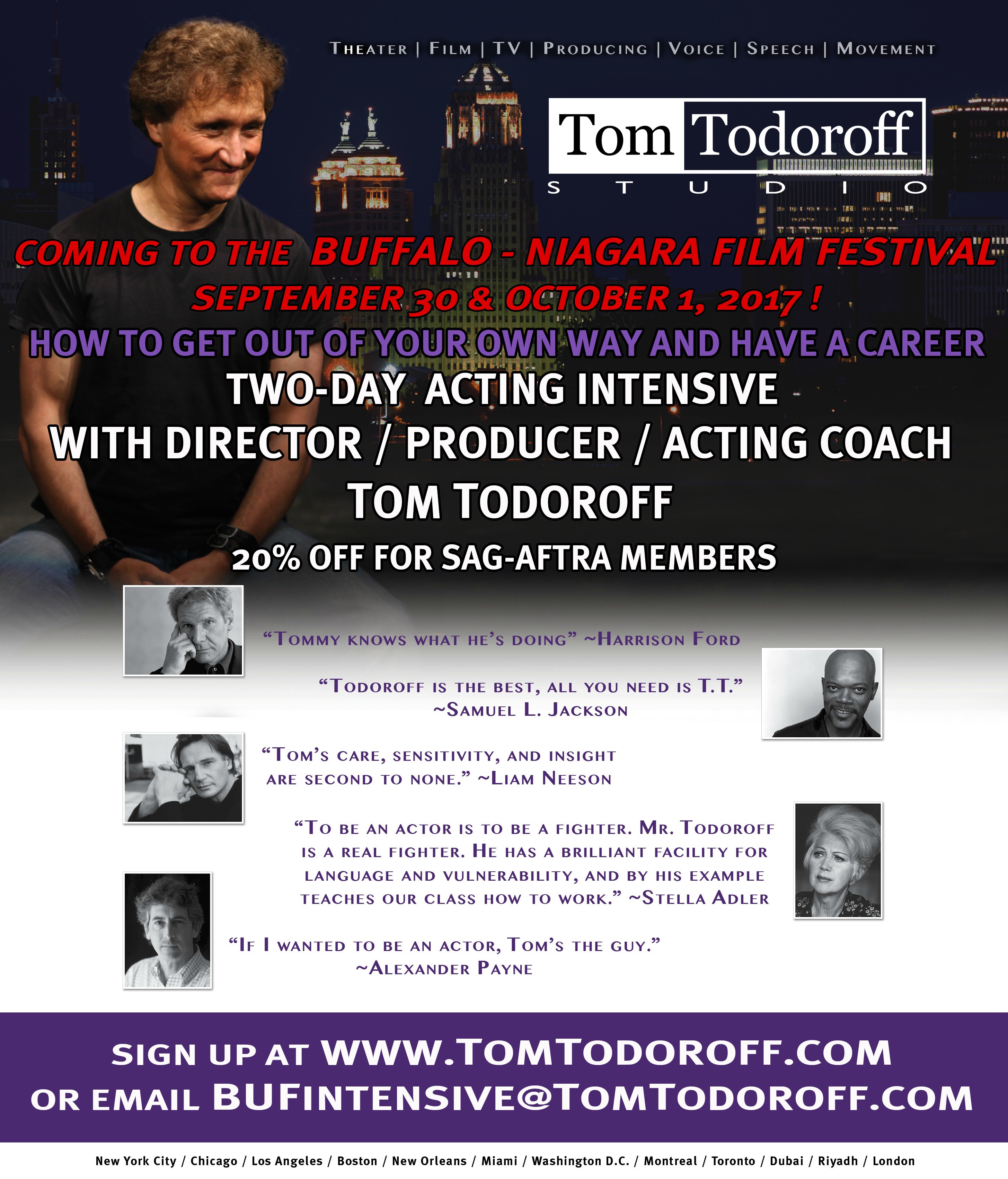 Please welcome Buffalo’s own Tom Todoroff  who will be attending the 2017 Buffalo Niagara Film Festival and conducting a two day intensive acting workshop.

Tom Todoroff was born and raised in South Buffalo and Clarence, New York. He won full scholarships to Beloit College in Wisconsin and The Juilliard School (under Alan Schneider) at Lincoln Center. Later he trained with Edith Skinner, Kristen Linklater, and Stella Adler. Tom went on to play over fifty classical and contemporary roles at theatres around the world. In addition to full seasons at Baltimore Center Stage, The American Conservatory Theatre in San Francisco, The Williamstown Theatre Festival in Massachusetts, and The Edinburgh Festival in Scotland, he has also performed at UBU Repertory, Theatre for the New City, and The Riverside Shakespeare Company in New York, The Hangar Theater in Ithaca, and Yale.

Tom lived on New York City’s Upper West Side and TriBeCa for fourteen years, he moved to Santa Monica fourteen years ago. Currently, he resides in both locales.