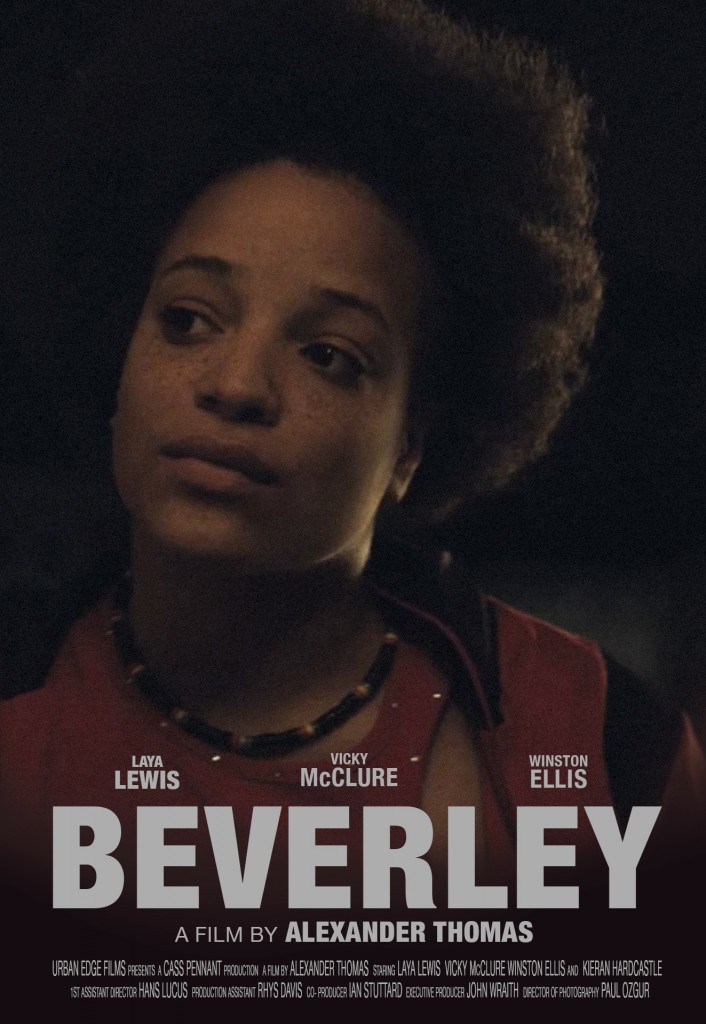 Short Synopsis:
Beverley follows a mixed race girl’s struggles to carve out a sense of identity in a confusing, shifting cultural landscape, 1980 Leicester. A move from the decaying, poverty-stricken, urban environment to the relative comfort and theoretical safety of white suburbia does not provide the hope and opportunities Bev may have wished for. A familiar enemy is ever present – a threat that extends beyond her own safety – more importantly she must protect her brother and sister. By asserting her will and using her guile, Bev tries to shape her new environment into something palatable, but the result is the opposite of what she is trying to achieve.