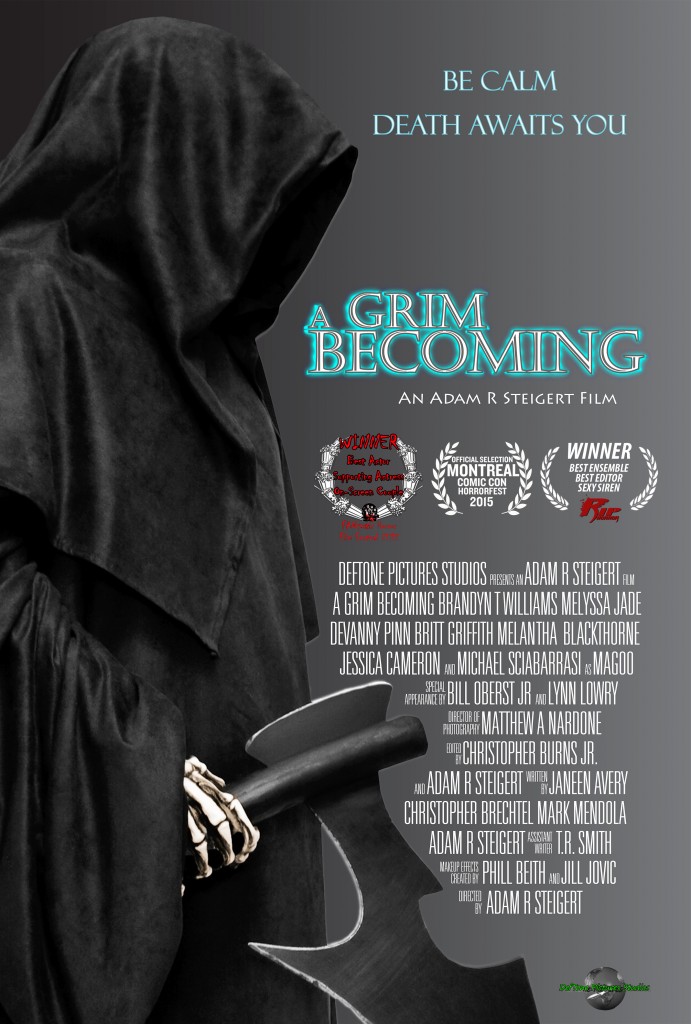 Short Synopsis:
Raphael, a young executive who is on the verge of losing a multimillion dollar architectural deal with a large distribution company lead by the awkward Stanford(s). Raphael suffers a sudden death in his family and has to immediately leave to go to the funeral in his home town of Metzburgh. Seeing this as his big chance to get ahead is Wayne, a jealous co-worker who is in competition with Raphael. As Raphael returns to Metzburgh, he experiences a life changing event: witnessing a Grim Reaper taking a soul. This sighting results in Raphael becoming a Reaper and having to explore his own conscience and the lengths he will go to get his own life back. But Death, has other plans for the naive young executive.