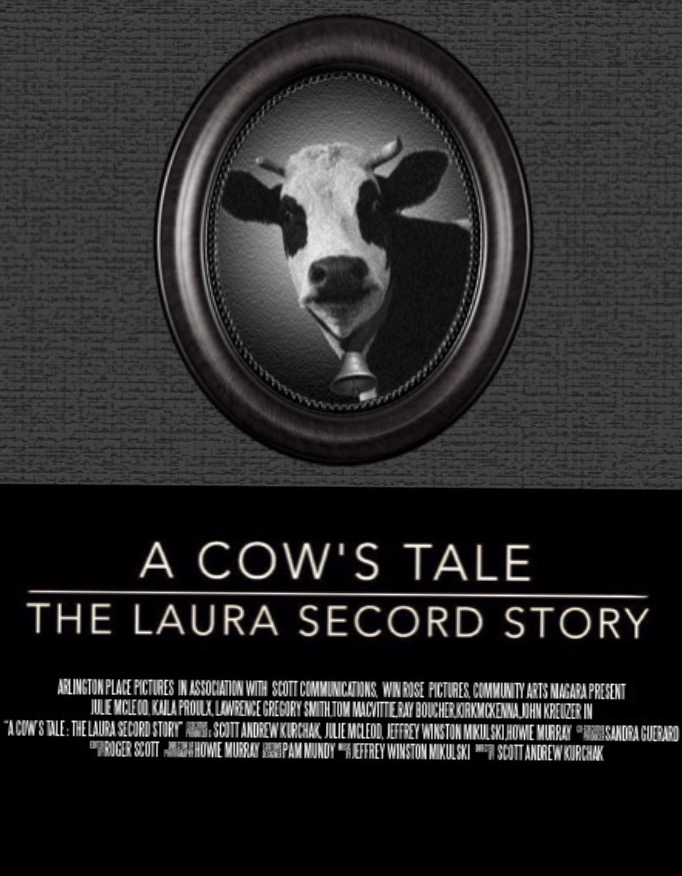 Short Synopsis: It is June of 1813 and England and the United States are at war.

On a warm afternoon in Queenston Upper Canada, Laura Secord is peacefully milking her cow Elsie. Suddenly Laura’s niece Elizabeth screams for help as American soldiers have taken Laura’s husband James prisoner. Laura, Elizabeth and Elsie run to his rescue. US Col, Charles Boerstler orders Laura and her family to house and feed the Americans during their occupation.

Late one afternoon following as the Americans are indulging in an alcohol fueled meal, Elsie causes a big commotion to draw Laura outside just in time to hear the American’s planning their attack on British commander Fitzgibbon and his forces.

Because James is too injured to make the long walk to De Cew House himself, Laura and Elizabeth set out on the 18 mile journey. Elsie joins them.

Laura Elizabeth and Elsie set out on the journey and change their appearance to look as if they are ‘just going into town’. Not long into the journey they hear a gun shot…and become aware of other US soldiers in the area. They must take a detour.
As they continue on their new route, Laura tires of holding Elsie’s rope and orders Elsie to stay put so she and Elizabeth can continue without her. Elsie refuses and continues to march alongside them.

Later in the day, as they grow more tired walking through the swamps and trails, Elizabeth injures her ankle and becomes to weak to continue. Laura arranges for Elizabeth to stay at a home in Shipman’s Corners. Laura and Elsie continue on together.

As Laura and Elsie make their way through the woods and trails, they must make it up ‘the mountain’ – the Niagara Escarpment. Elsie must pull and drag Laura up the the hill and then they must cross the waters of the 12 Mile Creek. Laura grows even more exhausted and cannot even carry the satchel containing the important scroll. Laura places the bag strap over Elsie’s head for her to carry it. Finally Laura collapses and Elsie must continue on to Fitzgibbon.

Elsie arrives at DeCew House the home being used by the British forces. She surprises a red coated soldier and he calls for Fitzgibbon’s help. Col Fizgibbon notices the satchel and retrieves the scroll, He quickly reads the information and orders Elsie to take him to Laura.

Fizgibbon finds the collapsed Laura along the trail and he helps her to her feet. She is too weak and he mus carry her. Fizgibbon cannot carry Laura too much farther and drapes Laura over Elsie’s back so now the cow can transport Laura back to DeCew House.

Laura, Fitzgibbon and Elsie finally arrive at DeCew House and Laura is helped to safety.
At DeCew House a few days later, Col Fitzgibbon dictates the heroic efforts of Laura and the British victory to his colleague Cuthbert, and now Laura and Elsie can return to their normal lives. 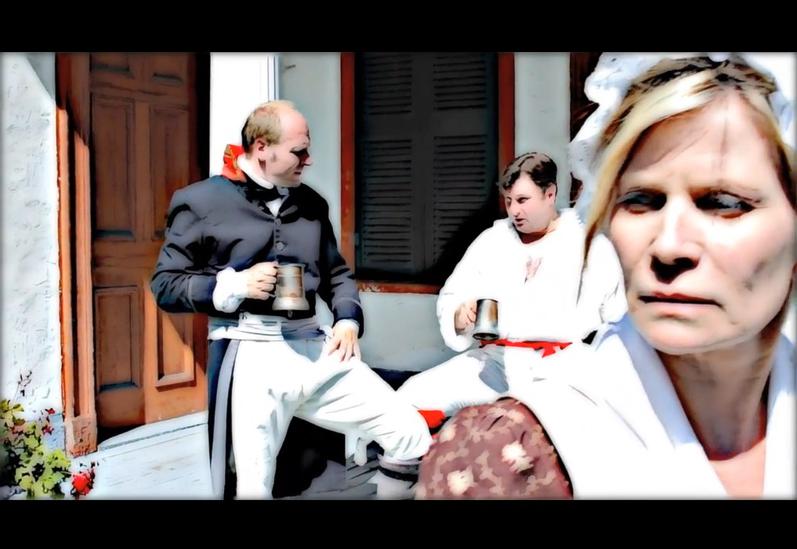