Thinking of making a movie?  Need to know about finding cast and locations? Or, maybe you have some locations in mind but you’re not sure if you need a permit?  Need a gaffer but don’t know any?  Thinking you might run a crowd-funding campaign to raise monies for your project?   Do you know what the NYS Film Tax Incentive Credit is?  Or the Production Directory for Buffalo and Niagara counties?

Well, we have a discussion panel for YOU!  Whether you’re a first time filmmaker, taking classes to someday be a filmmaker, are an editor, musician who wants to score movies, or provide services to filmmakers, come and join in on the discussion.  Q&A to follow.

Ken has written and produced five feature films (including Crimson: The Movie, and Within), with his most recent, Wolf House, screening during the BNFF on April 15th @ 9:30pm.  Ken iis also a writer/reporter for HYPE Magazine, where he hopes to write articles highlighting WNY’s talent.

Matt is a writer and director. He has written several films that were produced, including the comedy feature film, B.O.Y.D. and the shorts Broken Wings and Love after Death.  Matt also works in other capacities, from camera services to electrical work on other regional filmmaker’s projects.  Currently, Matt and Idle Entertainment are working to raise funds for their next feature project.

Peter has worn many, many hats in his career.  He will speak about directing, screenwriting, casting, and filming in Buffalo.  McGennis has produced three major feature films in Buffalo;  the current Bubble Girl, now in production, Queen City, and Buffalo Bushido.  Peter believes strongly in the “buy local movement for film” and his movies reflect regional characteristics, distinct cultures and local stories of Buffalo.

Greg was an actor for many years in both TV and film, and he produced or executive-produced more than 150 episodes of TV programs.  Now director/producer for TAB Entertainment, he is currently in development on the drama, When Heaven and Hell Collide, to be filmed in WNY (casting includes Catherine Mary Stewart and Dean Cain in a lead roles).  Previous WNY credits include My Dream Beside Me, Through a Mother’s Eyes,  Superheroes Don’t Need Capes, Lindsey’s Way, and Race to the Finish.

John is a graduate of Buffalo State College’s  prestigious and highly-competitive Film and Television Arts Program (only 15 students are accepted each year).   He wrote/directed and produced the short films  Friends Without Benefits, Destiny, Inc. and Sign.  Under Billiard Room Productions he created and co-produced the YouTube comedy web series, The Adventures of Hero and Sidekick, now in its second season on YouTube.  His screenplays have won him notice in national competitions.  John is a freelance line producer, familiar with application needs regarding the NYS Film Tax Credit Program. John is in development on a TV dramedy series titled Deathsons, hoping to produce the pilot here in Buffalo.

Rich works for our regional film office, which provides resources and information to filmmakers, both locally, regionally, or from out-of-state.  His office assists filmmakers and companies interested in filming commercials, short films, TV series, documentaries, and feature films.  Currently the office is working with Paramount Studios on the feature film, Teenage Mutant Ninja Turtles 2, scheduled to film here in Buffalo in May.  Rich will provide a detailed explanation of  how the NYS Film Credit Program operates, and will discuss the Film Center’s Production Directory is.

Garrett is a digital filmmaker and founder of The Film Video Collective (theFVC.com) and an advocate for Buffalo’s filmmaking community.  His filmmaking credits include executive producing, Positive Trait, and producing, Loyal to the Game. After several years of producing Buffalo’s annual 48 Hour Film Festival Competition, Garrett established the Pierce- Arrow Film Arts Center which contains a NYS certified soundstage and green screen cyclorama studio. Garrett played a pivotal role in successfully lobbying for the Upstate Incentives of the NYS Film Tax Credit program, which will greatly enhance and benefit film production in the WNY area.

DonnaMarie is a screenwriter/director/producer.  Her credits include the feature film, Henry’s Future, and she wrote the locally produced shorts, Mary’s Christmas, Homecoming, and, Stuck!  Current projects include development of a feature suspense-drama, And Then There Were Three, and a series of four short films starring the same four actors, simply called Four.  DonnaMarie is also a playwright; her plays have appeared on numerous WNY stages and across the country, and an actress, who has appeared in local corporate, training, commercial, short and feature films. 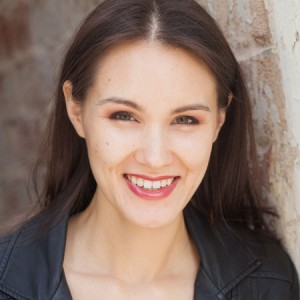 Have you ever wondered how Hollywood scripts get picked? This is an illuminating, hands-on workshop that de-mystifies the process screenplays go through. Whether you’re an experienced screenwriter or just interested in what it takes for a script to be successful, this workshop will offer an enlightening view into Hollywood’s process of finding the scripts that are ready for production with hands-on exercises to help you see your own scripts from a different point of view.

-What producers, agents and literary managers look for

-How To Write Effective Descriptions

-What Makes a Successful Script

-How To Make Your Screenplay A Contender With those in Hollywood

IF YOU’RE A FILMMAKER OR INSPIRING SCREENWRITER, OR JUST WANT TO LEARN ABOUT SCREENWRITING YOU DO NOT WANT TO MISS THIS!

Joanna is known for her ability to masterfully analyze screenplays, articulate objectively what’s working and what’s not and help writers move into feeling confident in how to specifically improve their work.

Purchase now and receive an invaluable in-person one-on-one consultation at the festival with Joanna – complimentary recording of your session included! First come, first served – limited availability.* (Services purchased after April 2nd will include a consultation over the phone instead of in-person.)

1. One Page Notes + Synopsis* $145 – Exactly as it sounds, a one page overview of the strengths of your screenplay and what needs polishing to strengthen it. Also included is a synopsis & logline for your script.

2. Detailed Studio Style Notes + Synopsis* $205 – An in-depth analysis delving into 10 specific aspects of your screenplay (such as character, pacing, dialogue, tone, etc) to evaluate how your script fares in each area. Also included is a synopsis & logline for your script. Complimentary Follow Up via email or phone is always offered after notes are received to help answer any questions and/or elaborate on any points.

*Note: As a courtesy of the BNFF, if you sign up for one of the two services above and submit your screenplay for analysis by April 4th Joanna will schedule you during the first weekend of the BNFF events for a one-on-one in person consultation for up to one hour with you to personally go over your script’s evaluation at no extra cost.

Don’t wait, sign up now – this is the best deal you will ever get with this type of attention – Joanna is “Top Notch”, you will not get a better evaluation anywhere, I know…I’ve used her services myself!

Some Past GUESTS & EVENTS below:

FILM FINANCE FORUM with Frank Muggia, 25 years experience as attorney/producer in the entertainment industry with special guest attending. THIS IS A FREE EVENT. Limited Seats – First come first serve. Frank and special guest will be heading this film forum as an interactive juncture. You will be getting some of the best feedback that you could ever imagine by one of the pros. An event you will certainly not want to miss! See you there!

Check out Generation Iron at the 2014 Buffalo Niagara Film Festival! The film will be screening on May 3, 2014 at 12 Noon at The Market Arcade Film & Arts Center. 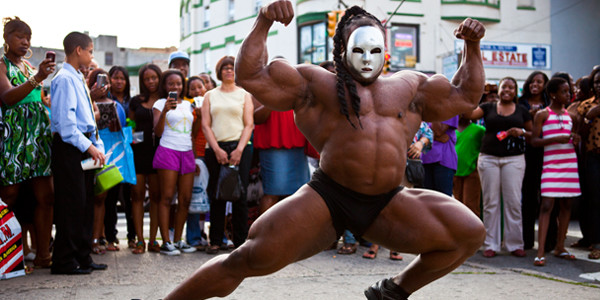 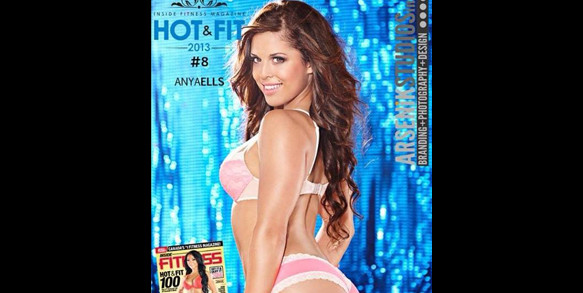 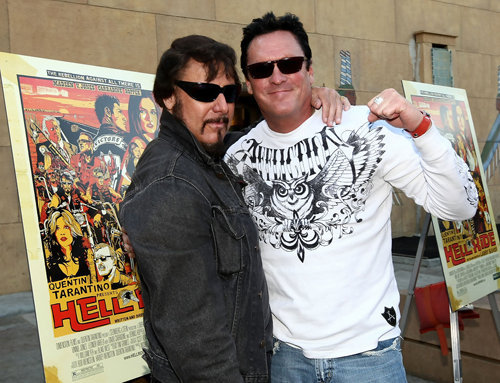 Both Larry and Michael will be in attendance along with a special premiere of Hell Ride and Walk Of Fame Celebration from April 12-14. If you want to engage with Michael & Larry during our special engagements and closing ceremonies here is our April 14th agenda, all at The Adam’s Mark Hotel:

1:30pm Michael Madsen & Larry Bishop to arrive at the Adams Mark Fountain with an entourage of Bikers for a special premiere of  Executive Producer Quentin Tarantino’s & Director Larry Bishop’s “Hell Ride” which premieres at 1:45pm – if you own a bike (motorcycle) and want to be part of this event, be sure to arrive at the fountain with your bike prior to 1:30pm – staff will assist you when you get there

3:15pm – immediately following the screening of “Hell Ride” starring Larry Bishop and Michael Madsen – Larry and Michael will do a Q&A with attendance

4pm – at The Adams Mark Fountain the BNFF will be honoring Michael Madsen & Larry Bishop with the next BNFF Walk Of Fame Stars – Previous guests honored with the Walk Of Fame Stars are William Fichtner, Tom Sizemore and Evander Holyfield – you do not want to miss this – there is nothing like it this side of Hollywood

4:30pm – immediately following the Walk Of Fame Ceremonies Michael Madsen & Larry Bishop will be available to the public for one-on-one autographs and photo opportunities

5:30pm – The BNFF will announce its winning filmmakers and closing film with a celebration party including Michael Madsen and Larry Bishop attending 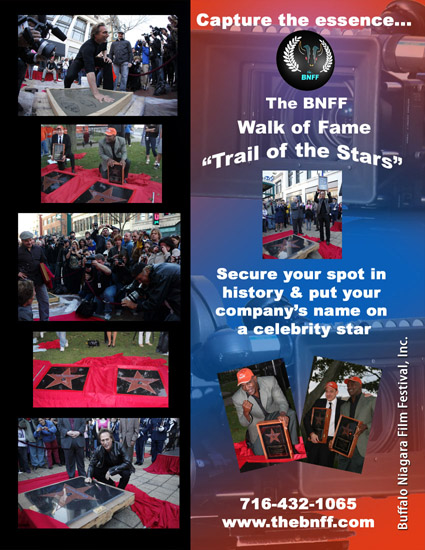 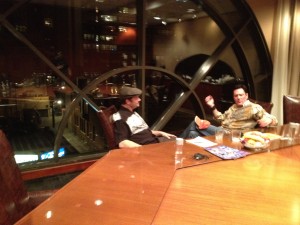 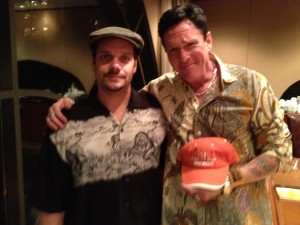 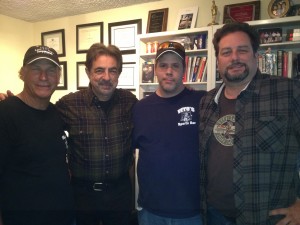 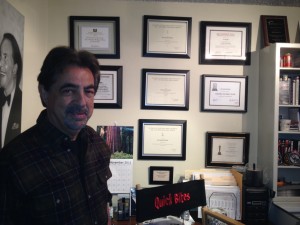 Prior Guests & Events Below

STAFF SERGEANT ANGIE JOHNSON  – Recent contestant on “The Voice” will be here at The Rapids Theatre to perform opening songs for Awards Celebration revolving around the fallen soldiers of the Iraqi/Afghanistan War. 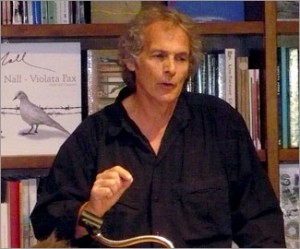 – Panel: “A Breakthrough Guide To Screenwriting”with writer/director/author/lecturer Alyn Darnay – This is a FREE EVENT open to the public – 1st come 1stserve 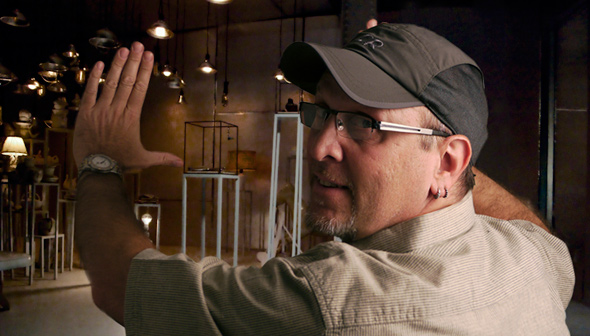 uality and innovation. There will be representatives here from these films and the guild to present a panel discussion after these showings. This is a FREE EVENT open to the public.
More Info 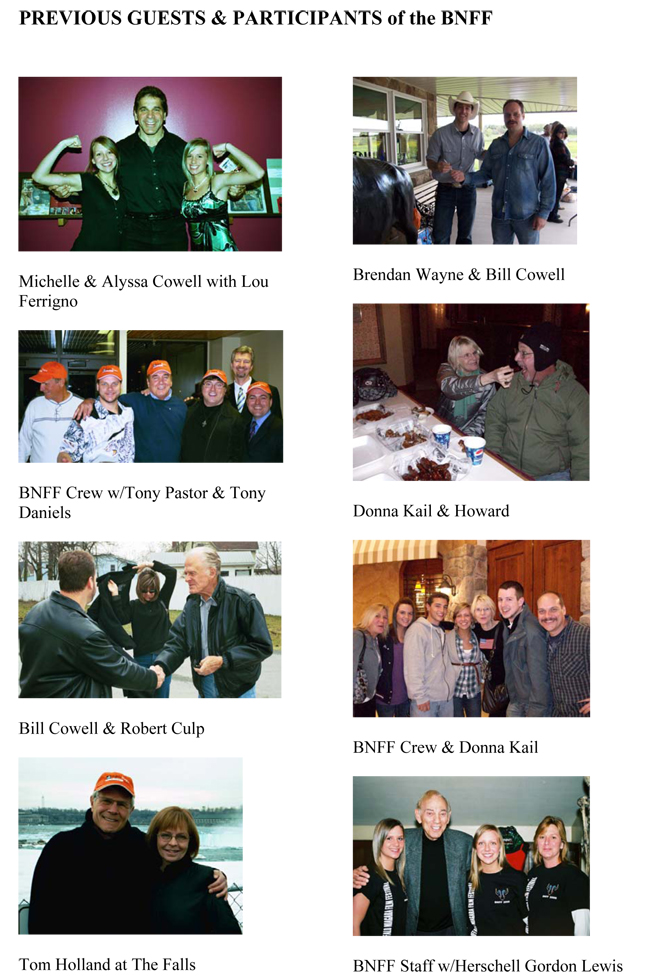 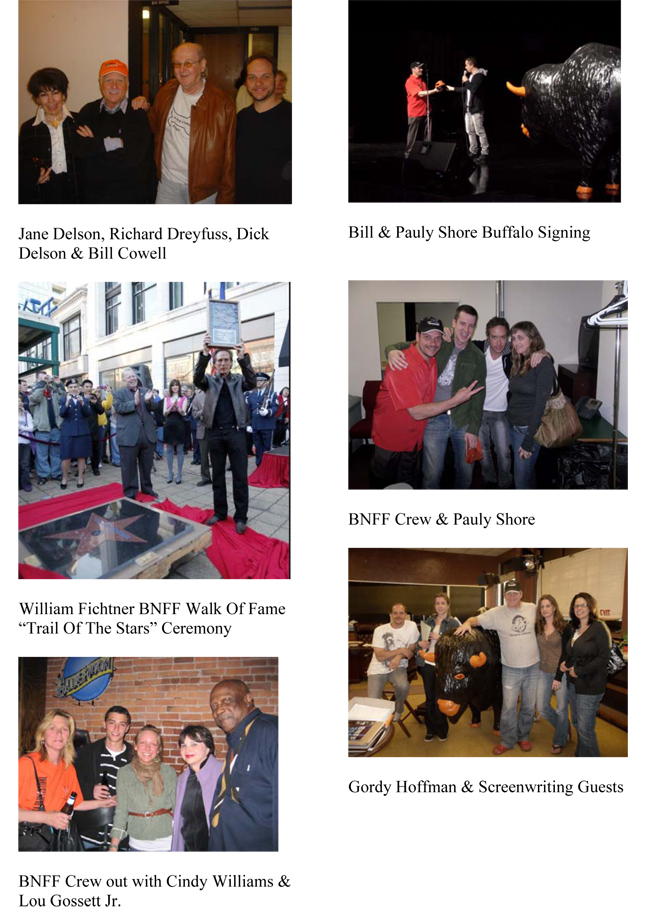 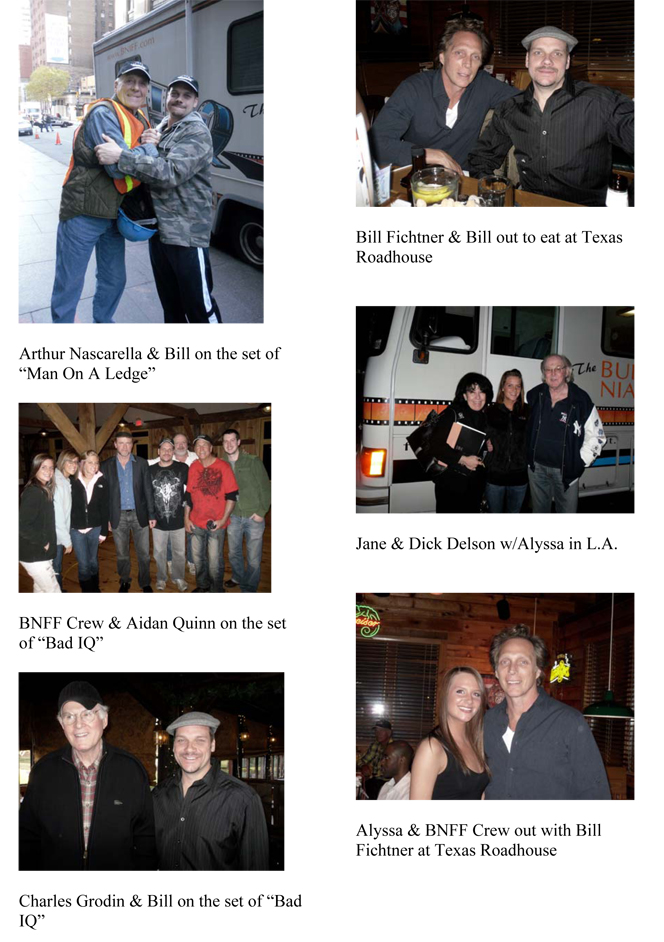 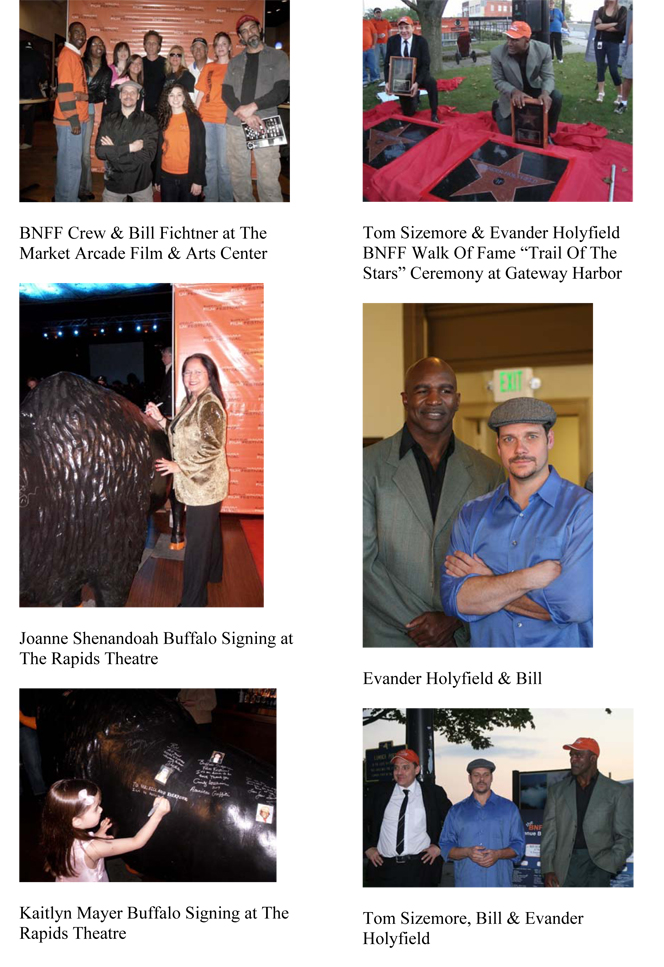 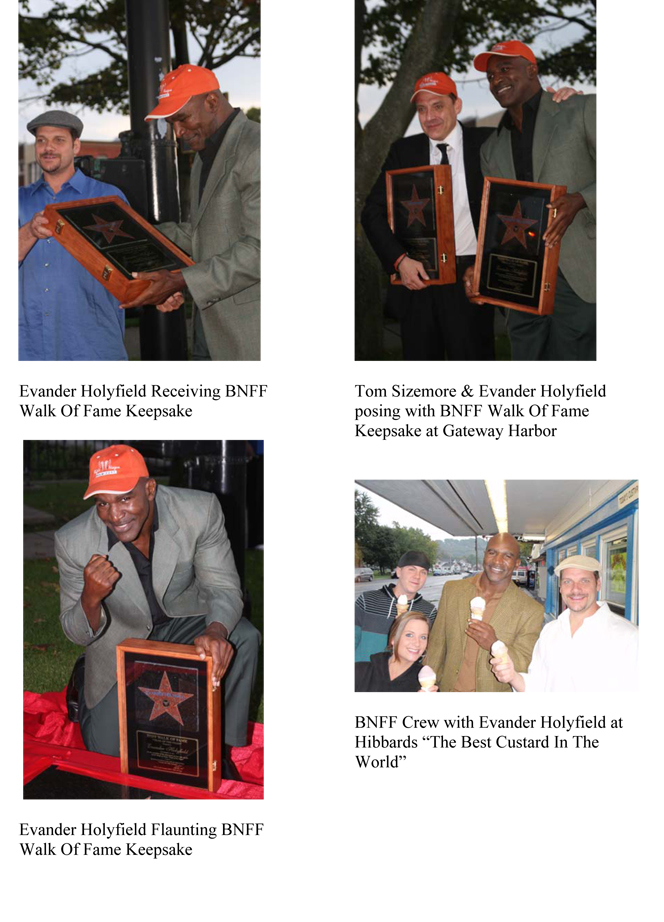 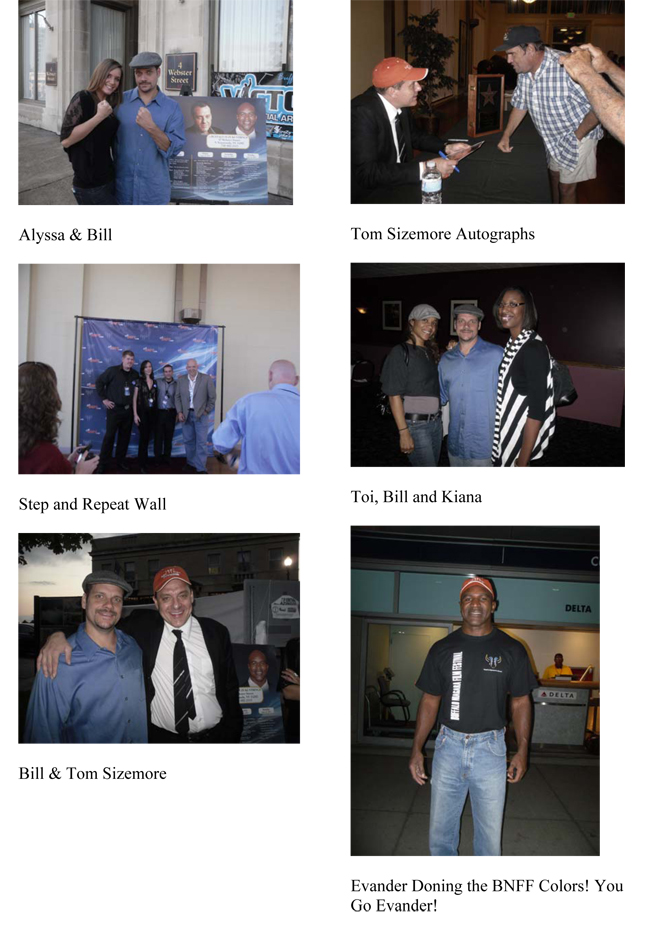 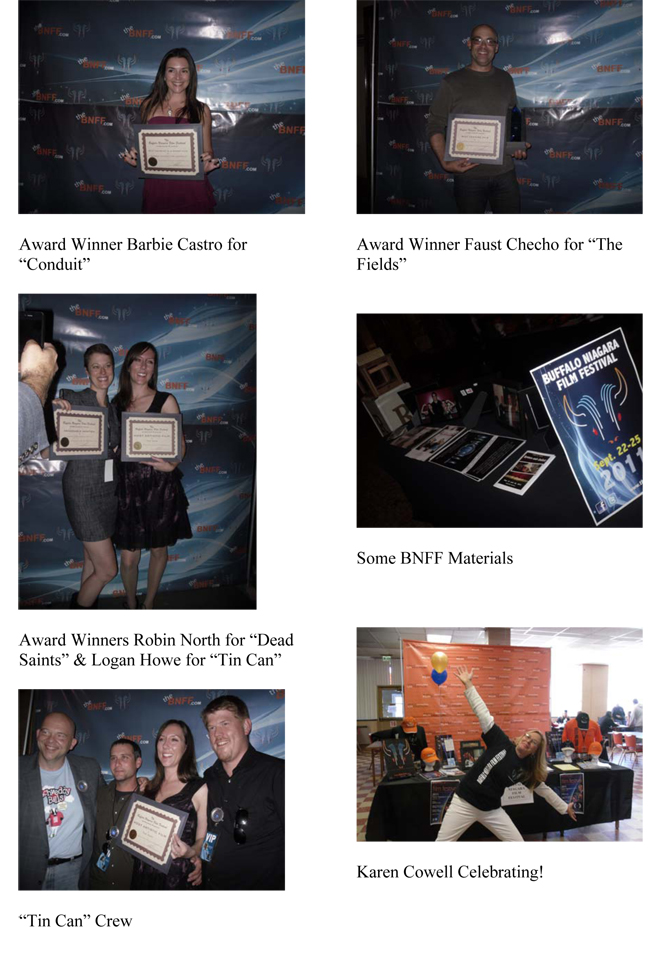 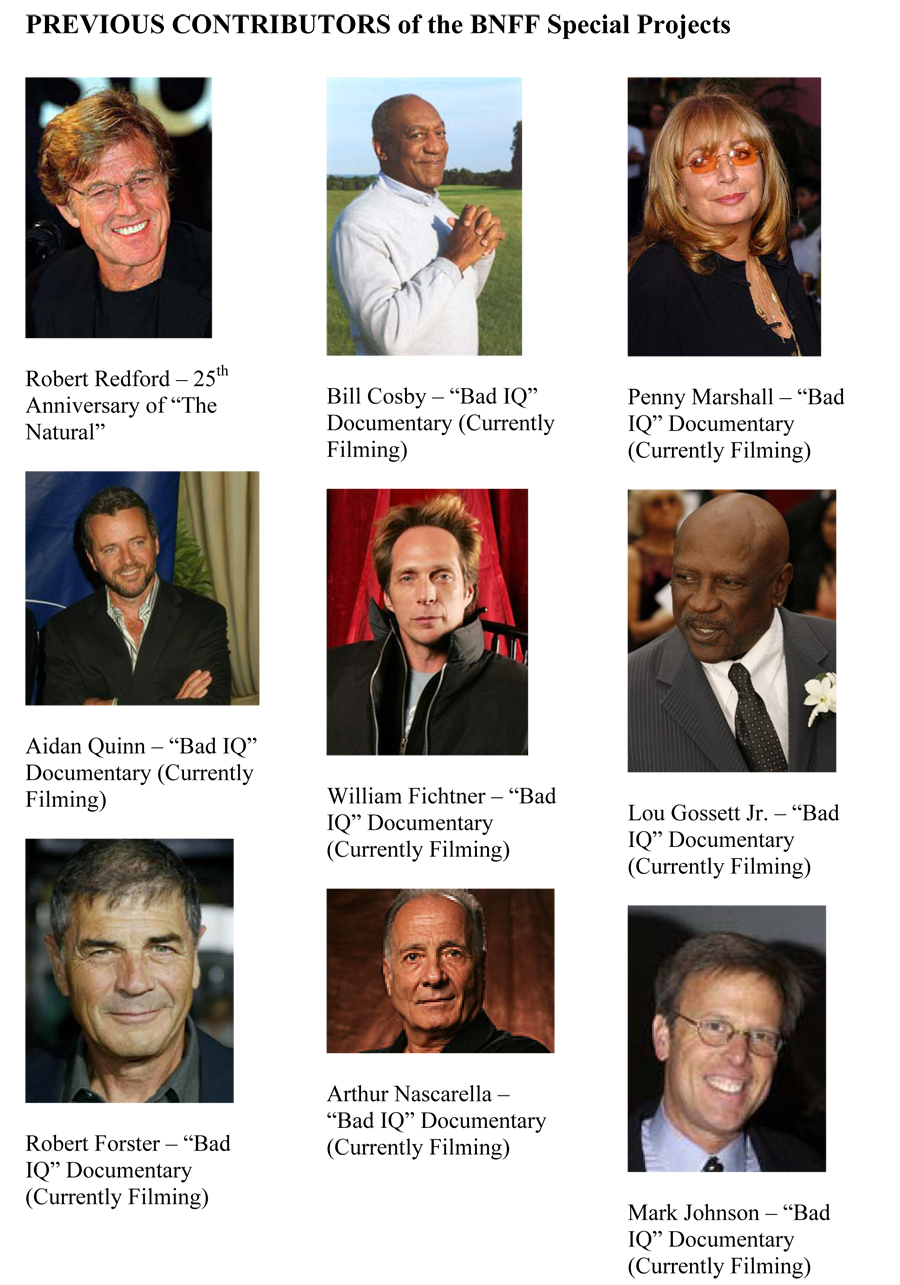 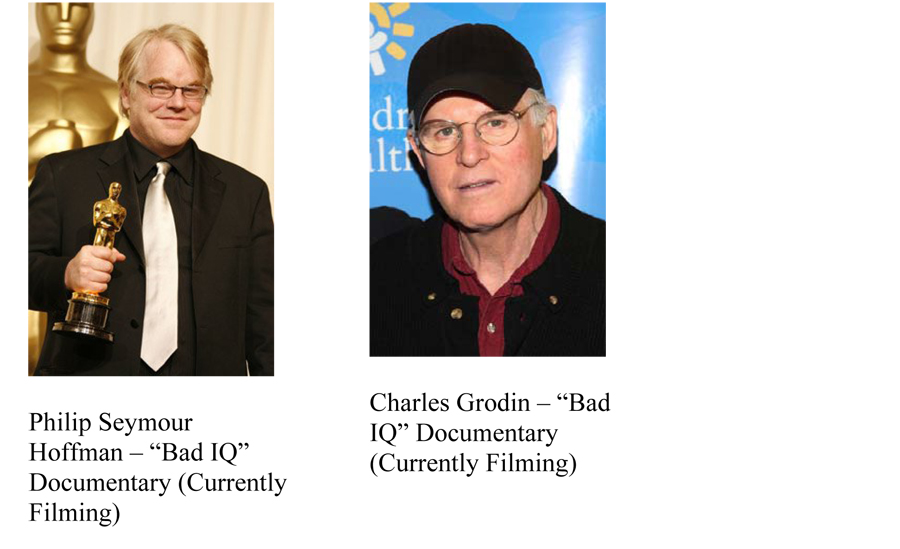