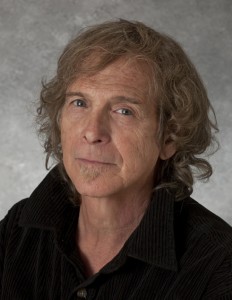 The workshop will feature instruction by Script Guru Alyn Darnay, author of “The Script…A Breakthrough Guide To Scriptwriting” and winner of 22 outstanding awards of excellence for writing and directing.

The instruction is designed to enhance each participant’s ability to develop a script, while improving their skill to create multi-layered characters, expressive and dynamic dialogue, and imaginary plot twists and turns. Alyn makes scriptwriting so easy to understand you can pick up all the elements you need todevelop and execute a superior marketable script by attending this intense workshop. It’s a rare opportunity to learn from a teacher who is rapidly becoming recognized as country’s best scriptwriting guru.

Each workshop takes on a life of its own as the group dynamic evolves and stretches to attain its own unique level of development. It is an interactive workshop that demands participant activity.

Past participants of the Scriptwriting Workshop have won major film festival awards for their scripts and have had their screenplays produced.

Alyn’s book…“The Script” is the most direct and easy to understand volumn on scriptwriting on the market today. It has garnered universal praise from industry professionals around the globe. Here’s what Entertainment and Educational Professionals are saying about “The Script”:

“The Script” is the most direct and easy to understand book on scriptwriting on the market today. It has garnered universal praise from industry professionals around the globe. Here’s what Entertainment and Educational Professionals are saying about “The Script”:

“Anyone who’s ever wanted to write a script should not only read this book, they should memorize it.”

“Darnay has it altogether in a very neat package that inspires and challenges the script writing student to develop an entertaining product.”

“Any writer who is serious about pursuing a Script Writing Career, owes it to himself/herself to read this breakthrough volume.”

“I strongly recommend “The Script” to my family, friends, and associates. I have seen Alyn in action at his workshops; all of his students praise his teaching. They walk away with confidence and positive ideas. Many have even sold their work; the best possible outcome of all.”

“The information in this book is so important for anyone who is attempting scriptwriting.”

“What distinguishes this book from the rest is the author’s ability to explain the thought processes behind creating an A class work which will fit into the parameters of the industry standards. Beyond being informative it is a captivating read, like a well written screenplay.”

“I wanted to thank you for your insight, structure and artistic view into screenwriting. I felt informed, educated and inspired, by your work.”

“This is the perfect desk-side companion, a Bible of sorts for screenwriters that is easy to flip through and find the reference that is wanted at time of need.”

“I found ‘The Script’ to be one of the easiest to read, concise, easy to follow, screenwriting books I’ve read. It’s a book that gives you the exact details you need to know regarding storytelling and how to tackle writing a script. I didn’t have to wade through pages of fluff. And that it is a recent publication and used current references and had websites to go too, that was very beneficial. You can pick it up, read it quickly (hopefully you absorb it all too), and know where to begin with the script writing process. It got me really asking characters questions as I’ve been editing a script I’m writing. Thanks for writing it. I really enjoyed it.”

“What a book!!!! It is fantastic!!! A very enjoyable, enlightening and entertaining read.”

“I have read your book and enjoyed it.  I picked it up, not sure if I had the time to read it just then, but got very interested and next thing I knew I had finished it.  I thought it was very provocative and very helpful.”

What Past Participants say about Alyn’s Workshops:

“I want to tell you what a WONDERFUL teacher Alyn is. I learned more in 2 hours with him than I’ve learned in many 2-day workshops.” JR, Miami

“Alyn Darnay is a master teacher of the highest caliber..This is the type of class that will bring your work to another level and allow you to stand out above the rest!” –GVD, Hallendale

“ Although I am a veteran actor, Alyn’s intuition and expertise on how to create a character was incredible, he knew exactly how to pull it out and keep it present.”  BM, Ft. Lauderdale

“Alyn Darnay has taught me so much. Thank you Alyn!  – NSO, Tallahassee

“There’s so much that I’ve learned from Alyn in such a short period of time. His technique is so dynamic that I became instantly engaged in the workshop. If you’re lucky enough to study with a teacher like Alyn you’ll take with you to every other project you’ll ever work on. Alyn, my gratitude is endless and I cannot wait to study with you again! – SU, NYC

“I’ve learned a lot. I will be able to give my characters more dimensions after this workshop. I feel more prepared with tools to approach a character. I have recommended the class to others and will continue to do so.” –CE, Chicago

“A special thanks to you, Alyn, you inspired us to craft much better stories than we initially had in our heads.” –DE, Colombia

“IF more Teachers were like YOU, I do believe our films would be of much higher quality and substance.” –TH, South Carolina